Under the current regulations, the engines used in Formula 1 are 1.6 litre V6 turbocharged engines. Now, you may think that’s not much as in the past we had much larger v12’s v10’s and the v8’s. Surely, they would have been more powerful, right? Yes, but are they more efficient? The answer to that is a definite no.

Though the V12’S,V10’s and V8’s generated much more outright power but the modern day F1 car’s still generate over 700 bhp which is more than what cars were generating some years back, so how do they do that?

Large part of the extra power comes from the new gen-hybrid systems but a small part of it is also down to the use of high performance fuels and lubricants in F1. So, let’s take a deeper look into the Fuels used in F1. 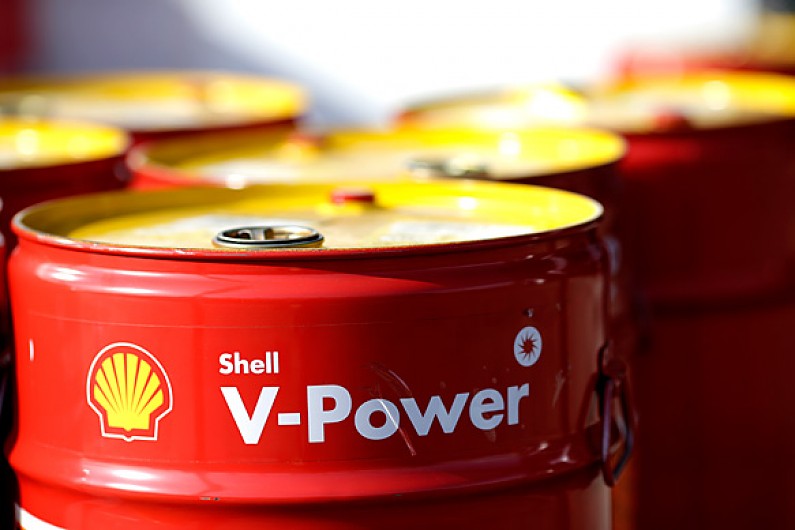 FIA in recent years has been pushing to make the engines more efficient and more eco-friendly while still maintaining the same level of performance, plus under the new rules there’s also restrictions on the number of power-unit components a driver can use during a season, and these restrictions are likely to become stricter and stricter as years progress. The term “unlimited” doesn’t exist in F1 anymore. And, because of these new ideologies the emphasis on optimizing Fuel and oil performance is at its highest.

Modern day F1 cars use unleaded fuel that is not different from the fuel used in normal road cars and the fuel companies have to adhere to a particular guideline issued by FIA regarding the make of fuel.

But, Fuel is not a standard component like The ECU(Electronic control unit) which is supplied to all teams by McLaren Technologies, Even though there are strict rules regarding the make of fuel the fuel companies are free to play with the proportions up to a certain extent.

But before we delve into the intricacies of F1 fuel we need to be clear with few terminologies i.e Octane Number (rating) and Engine Knock.

Ideally, higher octane rating of gasoline/petrol the better it is, because with high octane number the fuel can be compressed more before ignition.

In the current F1 engine or for that matter in any new petrol engine, the fuel and air is injected before ignition while in case of a diesel engine the air is injected before fuel and is compressed which elevates the air temperature and then the fuel is injected and then ignition occurs due to increased air temperature. So, in a diesel engine fuel need not be compressed while in case of a gasoline/petrol engine compression of fuel-air mixture is must.

Now that we understand the difference between petrol and diesel engine, we can appreciate the importance of higher octane number.

This basically refers to unwanted combustions in an internal combustion engine that disrupt normal combustion and damage the pistons.

So, when engine knocking occurs, the exact point at which the fuel-air mixture should be ignited does not occur and instead due to a pocket of air-fuel mixture igniting this timing is deferred leading to decreased power generation. Now that we are clear about these two terminologies we can understand fuel in much more detail.

“The idea is no longer to try running the internal combustion engine [ICE] at full power as often as possible, but instead to extract the most performance out of a given fuel quantity, Therefore, you need to find the right balance between fuel consumption, electric energy recovery and deployment.” Total’s assistant scientific director Philippe Girard

So, hopefully you understand the basic philosophy of fuel engineering in this modern era of Hybrid Formula 1 engines.

What’s different in this hybrid era?

Modern generation F1 car’s just don’t have an internal combustion engine linked to the gearbox and driveshaft instead the arrangement is much more complex.

Here’s a brief overview of the power-unit setup:

The car still has a Internal combustion engine albeit of lesser size i.e. 1.6 litre V6 instead of the 2.6 litre V8, so as u see it’s a significant reduction meaning less power, to compensate for that we have two major elements, and they are:

So, how do these help?

The turbocharger is a device which uses the exhaust gases to rotate a turbine in the turbocharger assembly, this rotation of the turbine in-draws air which then is fed into the internal combustion engine, so the more air is there in the ICE more is the power generated.

Now coming to working of the ERS,

Before the advent of Energy recovery systems, the energy was lost in form of kinetic energy under braking and the thermal energy in form of the exhaust gases. Here’s where the ERS comes into play.

In simple words, the Motor Generator Unit(MGU) recovers the energy which would earlier have been lost in form of braking and exhaust gases.

There are two Motor generator units in a F1 car and these are MGU-Kinetic and the MGU-Heat. The MGU-kinetic captures the kinetic energy generated under braking and converts this kinetic energy into electrical energy which is saved in the battery.

The MGU-Heat recovers thermal energy from the hot exhaust gases for the exhaust pipes and feeds it either directly into MGU-K or stores the energy into the battery.

So, how does the new setup affect fuel companies?

With the introduction of turbocharger, Energy recovery system and the 100kg fuel restriction, there has been advent of “Lean-Burn Engines”. Now you may be wondering what is that?

A lean burn engine is basically what the name suggests, there is combustion in presence of more air as compared to the fuel. So, Why do we have these engine? I think the answer to that is obvious.

The reason being that FIA has imposed fuel restrictions, which means that driver is just limited to 100kg’s of fuel during a race. So, that’s the main reason.

Other reason is the introduction of turbocharger and ERS, this is because lean fuel mixture generates more of exhaust gases which allows for more energy recovery from MGU-H and it also means that the turbo spins at a higher rate thus feeding more air into the engine and thus more power.

So, actually running a lean burn engine generates lesser power as could be generated but instead that loss of power is compensated by the increased energy recovery.

At this point we can understand that there are basically two main approaches that can be adopted by the teams.

1.One is to run a Rich-fuel mixture which will generate more power but this will compromise the exhaust flow and thus the working of turbocharger and the ERS.

2.Second, is to run a lean flow mixture and generate decent amount of power from the ICE and compensate for the loss from increased power generation by the Turbocharger and the ERS. This is the preferred choice.

So, the fuel that is made has to be such that it combusts properly in presence of excess air, so that there is no engine –knocking, the chances of which increases when running a lean mixture as less amount of fuel is given for more air, to counteract that teams increase the octane rating of fuel to make it less reactive and thus manage engine knocking, plus the fuel suppliers also have to make sure that appropriate amount of exhaust gases are being generated so that the Turbocharger and the Energy recovery system can function at its optimum.